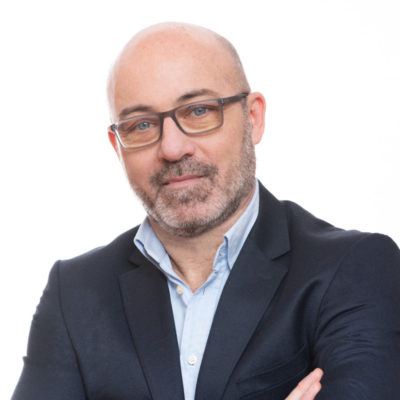 Roberto Cingolani is the Chief Technology & Innovation Officer of Leonardo since September 2019.

He graduated in Physics at the University of Bari, Italy, and in 1989 he got “Diploma di Perfezionamento” in Physics at Scuola Normale Superiore di Pisa (Italy).
He was staff member at the Max Planck Institute in Stuttgart (Germany) and Visiting Professor at Tokyo University (Japan) and Virginia Commonwealth University (USA).

Full Professor of General Physics at the Engineering Faculty of University of Lecce (Italy), in 2001 he founded the National Nanotechnology Laboratory (NNL) of INFN in Lecce and from 2005 he was founder and Scientific Director of the Istituto Italiano di Tecnologia (IIT) until he was appointed as Chief Technology & Innovation Officer of Leonardo.