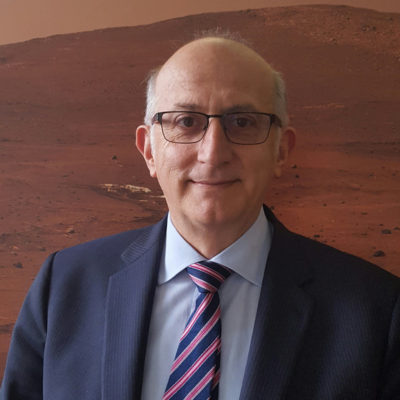 Roberto Provera serves, since January 2019 as Director of New Initiatives and Innovation in the Domain Exploration and Science of Thales Alenia Space. Earlier, he served as Director of New Initiatives and Customer Solutions Development (2017-1018) Innovation Director Human Spaceflights and Transportation Programs (2009 – 2016); as Director Human Space Transportation and Exploration Programs (2004 – 2009); as staff of the Senior Vice President of Infrastructures and Scientific Satellites with the responsibility for Business Development in 2004. In 2003 he was the Head of System Engineering Unit and Deputy Head of Avionics and Operations Director.

From 1992 to 2002, Roberto Provera led the Operations & Logistics Department. Roberto Provera is member of the board of ALTEC (Aerospace Logistics Technology Engineering Company) , a PPP between the Italian Space Agency and Thales Alenia Space.