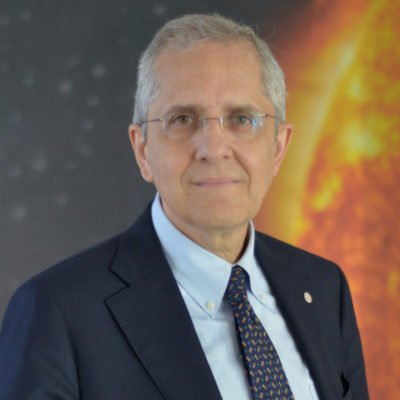 Luigi Pasquali has been the Coordinator of Leonardo Space Activities and Telespazio Chief Executive Officer since February 2013.
Graduated in Electronic Engineering, Luigi attended courses in Finance and Business Management. He also served the Italian Army as Officer in the Technical Corps, in charge of Telecommunications.
He begins his career in Selenia as System Engineer being involved in several international projects. Then he moves to Stet/Telecom dealing with Development and International Strategies. After a period spent as Director of Business Development in Atlanet, Telefonica group, he is appointed Director of Telecommunications in Alenia Spazio (now Thales Alenia Space) with prominence and increasing responsibilities. Luigi joins Telespazio as Chief Operating Officer and, after a while, he returns to run Thales Alenia Space Italia as Chairman and CEO as well as Deputy CEO of Thales Alenia Space Group.
Luigi is currently member of the Board of Directors of Thales Alenia Space and AVIO, Chairman of Thales Alenia Space Italy as well as member of the Board of AIAD (Federation of Italian Industries for Aerospace, Defence and Security) and Member of the Council of Eurospace and ESOA.
He is registered in the Roll of Engineers of the Province of Rome, Italy.