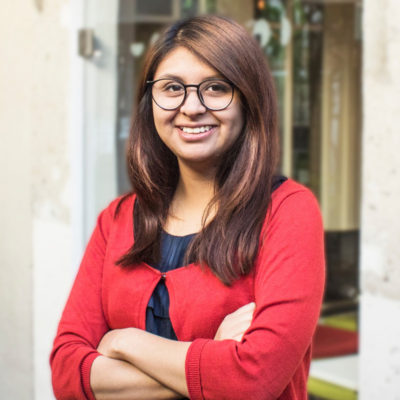 Tania Robles is a Mechanical Engineering from the National Autonomous University of Mexico. She is co-founder and former director of the Aerospace Association of the Engineering School at UNAM. National Point of Contact of SGAC in Mexico from 2016 to 2019, and current Regional Coordinator of the NCAC region.

In September 2018, she was recognized with the Space Generation Leadership Award in Bremen, Germany. During that year, Tania was also part of Crew 187 LATAM-II as journalist and of Crew 201 MEx-1 as Commander in the Mars Desert Research Station. For the last, she was awarded with the Emerging Space Leader Scholarship.

As of today Tania is involved in research projects related to mechanisms of cooperation within Latin American countries for capacity building and space activities, in the analysis of the industry and government ecosystem of Latin American Countries for the implementation of new space startups/companies, and in the Moon Village project for Mexico.

Currently she is a student of a Master in Economics, Policy and Management of Innovation at UAM while she works at the Mexican Space Agency where she leads projects for the development of young national students and professionals in hard, soft skills and entrepreneurship, as well as mentoring programs for women in the space sector.