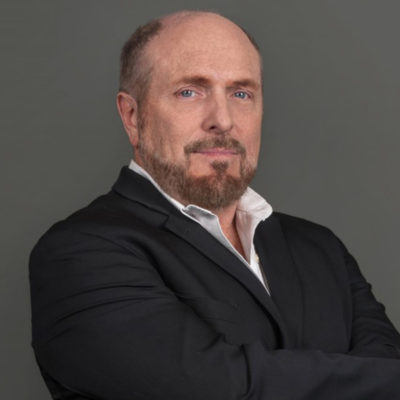 Rick Tumlinson has been called one of the world’s top space “Visionaries” – credited with helping create the NewSpace commercial space industry, whose players include Elon Musk, Jeff Bezos and Richard Branson. In 2015 he won the World Technology Award along with Craig Venter of the Human Genome project.

Rick co-Founded the Space Frontier Foundation, led the team that took over the Mir Space Station for a year as the world’s first commercial space facility, signed up the first “private space traveler” Dennis Tito, and has appeared as an expert witness before the US Congress 6 times on space policy. He has also worked with congressional staff, the government of Luxembourg and UN experts on space resource policy and has consulted with Space Force. A founding Board Member of the XPrize, he helped launch the International Space University, helped kick start the Lunar Prospector Project that first discovered water on the Moon and has helped or founded several other leading edge projects and organizations. He edited the book Return to the Moon, and is regularly published and interviewed as an expert on space topics around the world.

Recently he co-Founded and is Chairman of SpaceFund, a leading edge venture capital firm incorporating both traditional and blockchain technology to raise capitol supporting “frontier enabling” space start ups. He started the EarthLight Foundation and New Worlds Institute. In Texas he founded the Texas Space Foundation as well as the annual New Worlds Conference and Space Cowboy Ball. Considered one of the best speakers in the space field, his new book “A Space Manifesto” will be available next year.