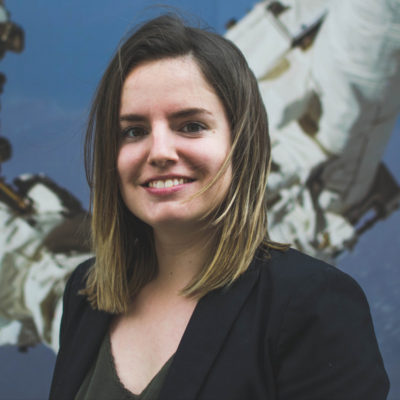 Graduated from INSA Toulouse (Mechanical Engineering) and ISAE-Supaero (Space Systems Engineering), Pauline Delande is now working at CNES in Toulouse as Earth Observation Satellite Operations Engineer. In a few words, her role is to carry out satellite operations, ensure subsystem and equipment performances (for both platform and payload) and investigate anomalies.

Previously, she has been part of the SEEDS 6-month student european program to design facilities to produce propellant by exploiting lunar in-situ resources and using pre-existing systems and during a 6-month internship at CNES, she has been working on an Zero-G experience to test the deployment of CubeSats during a parabolic flight campaign.

Within the Space Generation Advisory Council, Pauline is the National Point of Contact for France and is co-leading the Our Giant Leap initiative.