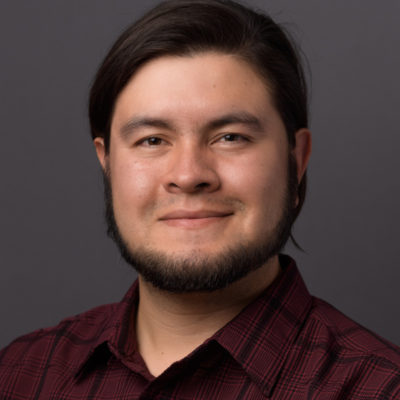 Oscar Ojeda studied Mechanical Engineering at Universidad Nacional de Colombia and is pursuing his Masters at the School of Aeronautics and Astronautics at Purdue University. He is currently the Regional Coordinator for the Space Generation Advisory Council for South America. During his studies, he founded and coordinated the Aerospace Research and Development Group of his university, where he has led projects in rocketry, space policy, and currently is working in space exploration, with the Cóndor Space Suit Simulator, and an analog greenhouse for crop production. In 2017 he participated in a Research internship at Purdue University, where he developed a wheel to be used in rovers, as well as 3D printers of cementitious materials. Oscar is passionate about human exploration of outer space, and in particular of planet Mars, his current field of work is on human systems and performance, robotic systems, and analog research. In 2018 he was part of the analog mission to Mars, Latam-II, at the Mars Desert Research Station (MDRS) in Utah, United States. In January 2019, he participated again at MDRS as Commander with the first 100% Colombian crew.