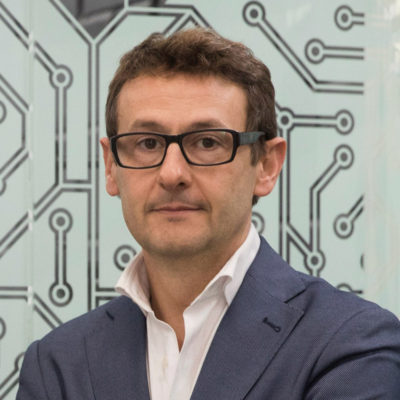 Telecommunications Engineer by the University of Bologna, Master in IOT Technology, Postgraduate in Computer Security, entrepreneur and co-founder of SATELIOT the first wholesale satellite telecom operator that will enable IoT connectivity merging satellite constellation and Mobile Network Operators under 5G ecosystem. More than 20 years of experience in the sector.

Account to the credit of the deployment of the first fix broadband access network in Spain in 3.5 GHz Band (5G band, WiMAX and then LTE).

Implementation, management and control of the largest network of residential satellite terminals in Europe, first network deployment in Spain based on Hispasat Ku/Ka band and Avanti Ka band. Deployment and operation of a High Throughput Satellite Hub in Arganda del Rey, Spain and Goonhilly Downs, UK offering rural internet access to Iberian Peninsula, north of Africa, Balearia Island, Canaria Island and maritime services on routes between the peninsula and the islands.