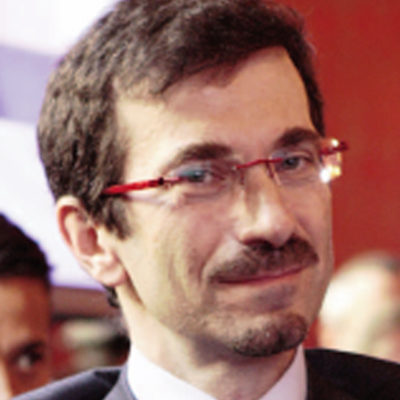 Graduated in Electronic Engineering cum laude at “Federico II” University of Naples, he began his career in Selenia Industrie in 1987, where he dealt with System Analysis activities for the Electronic Defense Division. In 1990 he moved to Telespazio Group where, since mid-2016, Marco has been the Chief Technology & Innovation Officer (CTIO), responsible at transnational level of the Group’s Innovation and Technological Governance.
His prior experience includes, in chronological order: AOCS and P/L subsystems project manager for Italsat F1 and SAX satellite missions, Program Manager for Operations Engineering and O&M activities relevant to Iridium and Astrolink programs, Key Account Manager for UE and Eumetsat, responsible for Telespazio Studies Unit within Studies and Innovative Projects Business Unit. Subsequently, he was responsible for Telespazio Institutional Programs (Sicral 1B and Athena-FIDUS among others), and he served as Head of Marketing & Commercial Planning for Satellite Systems & Services division.
Vice President of Telespazio’s “Networks and Connectivity” Business Line since September 2008, responsible for the development of all the company’s TLC and TV programs and products, in February 2011 Marco was appointed Senior Vice President of Network & Connectivity Business Unit at group level. He kept such role up to his current position of CTIO. In the same year he completed his Executive Leadership Program at Imperial College Business School in London.