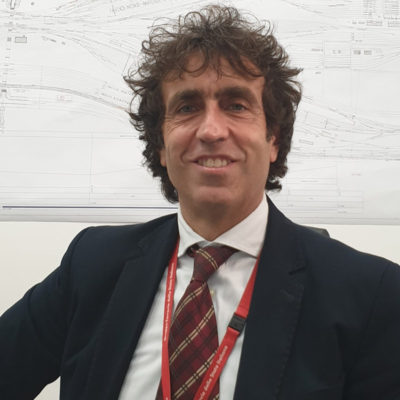 Eugenio Fedeli graduates in electrical engineering at the La Sapienza University of Rome. Hired in 1993 in the FS group in the Engineering and Construction Area as a technician in the field of signaling and security systems. Responsible for the certification and interoperability sector from 2003 to 2006 during which he certifies and puts into service the Rome-Naples high-speed line. From 2006 to 2012 he was responsible for the RFI Infrastructure Labs. From 2012 to 2014 he is responsible for the Engineering of the Territorial Production Department of Rome. From 2014 to 2017 he held the position of Director of the Territorial Production Department of Bologna. Since April 2018 has been appointed as Director of Research and Development of RFI.