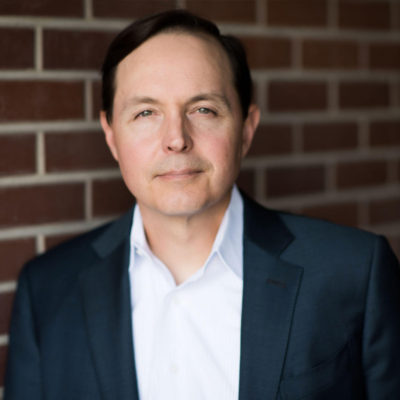 Dylan Taylor is a global business leader and philanthropist. He is an active pioneer in the space exploration industry as a CEO, investor, thought leader and futurist. Currently, Dylan serves as Chairman & CEO of Voyager Space Holdings, a multi-national space holding firm that acquires and integrates leading space exploration enterprises globally.

Dylan has been cited by Harvard University, SpaceNews, the BBC, CNN, Pitchbook, CNBC and others as having played a seminal role in the growth of the private space industry. As an early-stage investor in more than 50 emerging ventures, including Accion, Kepler, York, Astrobotic, Made in Space, Relativity, and Planet, Dylan is widely considered the most active private space investor in the world.

Dylan’s technical background, global business experience and unbridled passion for space make him a unique figure within his industry. He regularly speaks and writes about the future of the space economy and is sought after by the media for his expertise in the financial aspects of space investing as well as industry dynamics. As a writer and columnist, he has written several widely read pieces on the future of the space industry for SpaceNews, ROOM, The Space Review, Apogeo Spatial and Space.com. As a speaker, Dylan has keynoted many of the major space conferences around the world and has appeared regularly on Bloomberg, Fox Business, and CNBC.

Dylan is a leading advocate of space manufacturing and the utilization of in-space resources to further space exploration and settlement. In 2017 he became the first private citizen to manufacturer an item in space when the gravity meter he co-designed and commissioned was 3D printed on the International Space Station. The historic item is now housed in the Museum of Science and Industry in Chicago.

Dylan has also had an extensive philanthropic impact on the space industry. In 2017, Dylan founded the nonprofit and social movement, Space for Humanity, which seeks to democratize space exploration and develop solutions to global issues through the scope of human awareness to help solve the world’s most intractable problems. Additionally, Dylan is the Co-Founding Patron of the Commercial Spaceflight Federation, which seeks to promote the growth of commercial space activity. Additionally Dylan serves as a strategic advisor for both the Archmission and the Human Spaceflight Program.

Dylan is the founder and Chairman of Multiverse Media, parent company of the popular space philosophy website 2211.world as well as the Ad Astra Dinners, a Jeffersonian styled dinner series featuring some of the world’s leading influencers discussing the future of humanity in space. Another subsidiary of Multiverse Media publishes books by leading authors including Frank White, Isaac Asimov and Gerard K. O’Neill. It is also the executive producer of the documentary film, The High Frontier.

For his influence as a global leader and his commitment to creating a positive impact on the world, Dylan has been honored with numerous personal and professional accolades in recent years. The World Economic Forum recognized Dylan as a Young Global Leader in 2011 and he was named a Henry Crown Fellow of the Aspen Institute in 2014. In 2020, Dylan was recognized by the Commercial Spaceflight Federation with their top honor for business and finance, following in the footsteps of 2019’s inaugural winner, the late Paul Allen.

Dylan Taylor earned an MBA in Finance and Strategy from the Booth School of Business at University of Chicago and holds a BS in Engineering from the honors college at the University of Arizona, where he graduated Tau Beta Pi and in 2018 was named Alumnus of the year. In 2013, he attended the Global Leadership and Public Policy for the 21st Century program at Harvard University.

Dylan and his family live in Denver where he is active locally with Colorado Concern and the Colorado Spaceport. In his spare time, Dylan enjoys hiking, competing in triathlons and spending time outdoors. He is married to author Gabrielle V. Taylor and has two teenage daughters.