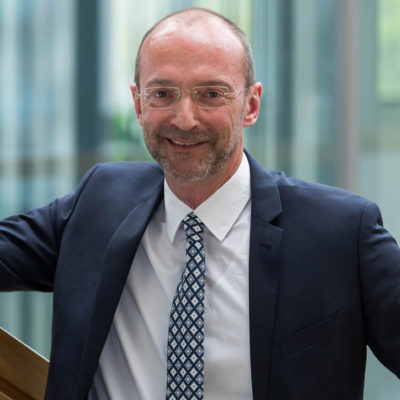 Andreas Dengel is Executive Director of the German Research Center for Artificial Intelligence (DFKI) in Kaiserslautern and head of the research area Smart Data & Knowledge Services at DFKI. He is also founder and director of the Deep Learning Competence Center at DFKI. Since 1993 he has been a professor at the Department of Computer Science at the University of Kaiserslautern. Since 2009 he also holds a professorship in the Department of Computer Science and Intelligent Systems at the Graduate School of Engineering at Osaka Prefecture University. Prof. Dengel has chaired numerous international conferences and is on the editorial board of international journals and book series. Prof. Dengel has written or edited 14 books and is the author of more than 500 scientific publications, many of which have received a Best Paper Award. He has supervised more than 450 doctoral, master and bachelor theses. In addition, he is the founder, initiator and mentor of many successful start-up companies, for which he was honored with the „Start-up Promoter of the Year“ award in 2015.  Furthermore, Prof. Dengel is Fellow of the International Association for Pattern Recognition (IAPR) and Chairman of the Flexible Factory Partner Alliance (FFPA). He advises academic institutions, research programs and ministries in Germany and abroad. For his scientific achievements, Prof. Dengel has received one of the most prestigious personal scientific awards in Germany, the Alcatel/SEL Award on Technical Communication, and in March 2018 he was appointed “Distinguished Honorary Professor” (tokubetu eiyo kyoju) at Osaka Prefecture University, an award that only five researchers have received in 135 years. His research interests are in the areas of machine learning, pattern recognition, immersive quantified learning, data mining and semantic technologies. Before joining DFKI and TU Kaiserlautern he worked at IBM, Siemens Research, Xerox Parc and the University of Stuttgart.