10 Oct Italy signs agreement with NASA to cooperate on Artemis 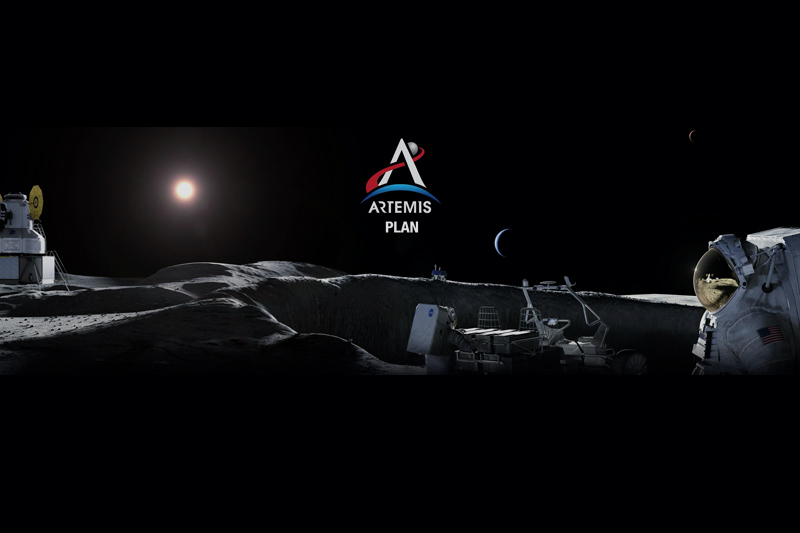 NASA’s programme Artemis aims to land the first woman and next man on the Moon’s surface by 2024. This ambitious programme will exploit innovative technologies and collaboration with international partners to achieve Moon exploration in a sustainable way. Our natural satellite will be a perfect playground for the next giant step – Mars exploration.

On the 25th of September Jim Bridenstine, the NASA Administrator, and Riccardo Fraccaro, Undersecretary of State at the Presidency of the Italian Council of Ministers, signed a joint declaration of intent to cooperate on Artemis. “Today’s signing represents the latest chapter of successful cooperation between the U.S. and Italy in the area of space exploration – said NASA Administrator – With a long history of successful collaboration in human spaceflight, as well as in Earth and space science, the Italian government’s strong support for Artemis assures this partnership will extend to cooperation in the next phase of exploration on the lunar surface”.

Giorgio Saccoccia, president of ASI, stated that subsequent implementation agreements would specify details of this cooperation. That statement noted ASI’s involvement in supply crew habitats, lunar surface scientific investigations, and telecommunications service. In particular modules like ESPRIT and iHab have been already appointed in an interview of Saccoccia at ESA’s Space19+, stressing the Italian interest in playing a role in the sustainability of Artemis.